Genre pedagogy in tertiary education in Spanish as a world language: appliability, interdisciplinarity and accountability. 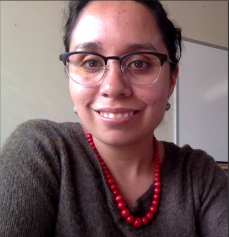 This talk describes a project that aimed to apply genre pedagogy within the curriculum of an undergraduate program in Spanish. The project focused on providing lecturers with pedagogic strategies to enhance students’ writing in the domain of clinical practice in Speech Therapy. This talk describes the general design and application of this project, considering its different stages, including overall results of this implementation. In addition, the talk aims to explore and discuss the diverse challenges that the application of genre pedagogy faces in tertiary contexts. The talk aims to offer a possible alternative for the appliability of genre pedagogy in diverse contexts, arguing that this implementation requires a certain degree of adaptation and flexibility to arising contextual issues and the specific institutional constrains, in order to open up the space for wider literacy interventions.

A love story of a translator with SFL 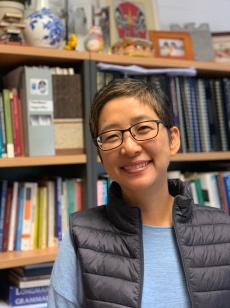 This talk is a personal account of why I fell in love with Systemic Functional Linguistics (SFL) and how it has enhanced my confidence as a professional translator and translator educator and enabled me to make contributions as a researcher to the fields of translation studies and SFL. Starting with my language learning history and professional translator training, I will discuss how SFL has empowered me and challenged me at the same time at different stages of my career as an academic for two decades and how I plan to move forward from where I am. 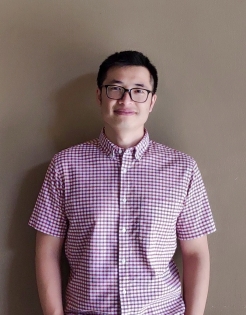 This talk is concerned with reasoning about classes of move from above in relation to exchange structure. The classes of move introduced in Martin (1992) – the SPEECH FUNCTION system – mainly follows Halliday’s (1985) speech functional interpretation of the English MOOD system (from below). Therein the move classes are also reasoned about from around in relation to how propositions are modalised and proposals modulated. Martin (1992) recognises the limitation of the speech functional analysis of interaction and proposes the system of NEGOTIATION at a rank above – exchange – to handle patterns in interaction which involve up to five moves in relation to Berry’s (1981a, b, c) work on exchange structure. However, no explicit attempt is made to relate the system and structure at exchange rank with the system at move rank. In other words, the classes of move are not reasoned about from above in relation to the types of exchange.

This talk thus adopts a top-down perspective on classes of move drawing mainly on conversational data from Khorchin Mongolian. It will focus in particular on the move classes that realise knowledge exchanges – the type of exchange that concerns the negotiation of information. The talk explicitly argues for the diversification of meaning-making resources between exchange rank and move rank. It consequently proposes the move system of INTERLOCUTOR POSITIONING. The system subsumes the speech functional conception of move commonly adopted in SFL descriptive work on languages other than English (e.g. Caffarel et al. 2004; Teruya et al. 2007). At the same time, the system provides more explanatory power that enables a move-by-move analysis of the dynamic positioning of interlocutors with respect to their knowledge of the information under negotiation.

Berry, Margaret. 1981b. Polarity, ellipticity and propositional development, their relevance to the well-formedness of an exchange (a discussion of Coulthard and Brazil’s classes of move). The Nottingham Linguistic Circular 10(1). 36–63.

Over the past few years, CSU has invested significantly in degree/course design  (Thomson et al 2017; Thomson et al 2019) and improvements in online subject development and delivery (http://uimagine.edu.au/csulx/documents/OLM-V2-A4.pdf).  As we have trialled and evaluated innovations in course design and online delivery, an issue which is motivating the Division of Learning and Teaching staff is embedding a pedagogical framework for online teaching. How we teach online is just as important as what we teach online. While CSU has a model for online learning underpinned by rigorous design, academic staff are still requesting educational designer support to realise the intent of the subject design in the online environment.  They want to produce lessons in the online space which are true to the design and assessment requirements that are both engaging and impactful.   To address this issue, a small team of academics from two disciplines along with Learning Design staff decided to apply the Teaching and Learning (T/L) cycle (Martin and Rose 2012) to the task of developing lessons for subjects designed for online.  This team is keen to demonstrate the utility of the T/L cycle beyond language and literacy contexts into other disciplines in Higher Education.  Toward that end, two academics: one from, the School of Communication and Creative Industries, tasked with the challenge of teaching Drawing entirely online; and one from the Graduate School of Policing and Security Studies, teaching the subject Contemporary Issues in Financial Crime in the Master of Fraud and Financial Crime along with Learning Design staff set out to apply the T/L cycle.  This presentation will demonstrate the application of the cycle to two new disciplinary contexts and present the process and the final online products.  The impact, success or otherwise, of this experiment will be reported through student evaluations which were collected as they experienced the online subjects.

SFL and language revitalisation: a new application for the theory

In the International Year of Indigenous Languages, this paper will ask what contribution we as SFL linguists are and could be making to the problem of language endangerment in Australia. As colonisation continues to unfold in this country, many of our Indigenous communities are striving to hold on to their languages, keep them vital or wake them up from generations of silence. Linguists have long been a part of this process, from documenting and describing languages to collaborating with speakers and learners to design educational resources and programs. Our role as language experts is sometimes crucial, often problematic or damaging but never theory-neutral. Contributions from the systemic functional linguistic community have been rare to date. This presentation will share some insights into what dimensions of SFL and genre theory are proving useful to supporting efforts to revitalise Gija, an endangered language from the Kimberley. In particular it will focus on how a stratified model of language in context affords some fresh approaches to looking beyond the clause at texts in this culture. It will also explore what challenges this application poses to us as researchers and practitioners using a theory explicitly concerned with language and social justice. Using the example of education efforts in Gija, I will ask how we might contribute to understanding these languages better and supporting their reinvigoration in transparent ways that engage with complexities and asymmetries of knowledge and power.

Cultural icons provide communities with an important way to identify and rally with one another. From the social constructionist perspective of SFL, such icons are not merely physical objects and historical persons, but a reservoir of culturally transmitted and persistent semiotic resources that members draw on, to articulate and share their meaningful experience of the world. The icons permeate both their collective imagination and social life, where they serve to socialize, demarcate, regulate, manage, challenge, and reconcile identities across varying contexts. The framework of iconography recently developed within SFL has been productively applied to explore identity construction in mass media (Tann, 2011, 2012, 2017), workplace practices (Thomson, 2014), poetry (Don, 2014), politics (Tann, 2016), education (Tilakaratna, 2016), social media (Wignell, Tan & O’Halloran, 2017; Zappavigna, 2018), and law (Zappavigna & Martin, 2018). This paper lays out the theoretical underpinnings of the framework, and compares how iconography is used strategically to achieve very different ends in different contexts.

Tann, K. (2012) The language of identity discourse: Introducing a systemic functional framework for iconography. Linguistics and the Human Sciences 8(3): 361-91.

The linguistic correlates of patient-centredness in advanced cancer care: Looking out, looking in, and looking forward 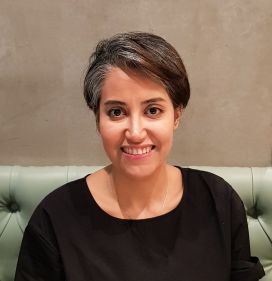 The review includes 36 papers found using Google Scholar, Scopus, and bibliographies. The results of the review are presented and discussed within the framework of a functional perspective towards language (Halliday & Webster, 2010; Halliday & Matthiessen, 2014). This outward approach arguably contributes to a process of trying to bring health communication and linguistics a little closer together. It provides a comprehensive summary of the resources that are considered patient-centred within the discipline of health communication, organises these resources around a theory of language, and identifies areas that need further development. The approach contributes to linguistics and, more specifically, systemic functional linguistics by consulting healthcare subject-matter experts’ views towards health communication, language and semantics and through incorporating analyses of a large body of data.

Australian Commission on Safety and Quality in Health Care (2011), Patient-centred care: Improving quality and safety through partnerships with patients and consumers. Sydney: ACSQHC.

Yufei He
University of Sydney

Intermodality has long been a key issue in multimodal discourse studies. There are two different approaches to the study of intermodality: first, use resources within the systems of one semiosis (for example language) to explain intermodal relations (e.g.Martinec & Salway, 2005); second, map out the systems of the contributing semiosis and examine the integration of the options in the systems in a text (e.g. Painter, Martin, & Unsworth, 2012). Following the second approach, this study examines intermodality between animation and language (both written and spoken) in online science animated videos by first developing the systems of animation on both the expression plane and content plane. This study then offers two complementary perspective on intermodality in science animated videos: a bottom-up and a top-down perspective. A bottom-up perspective focuses on exploring the integration of the two semiosis on their expression plane, which shows that a synchrony between animation and the prosodic features of voiceover forms the basis of a coherent multimodal text. A top-down perspective examines the co-instantiation of field in the two semiosis, which reveals the potentials and constraints of animation in construing field knowledge. The two complementary perspectives also raise questions on the modeling of fields across different semiosis and the approach of comparing instantiation of resources in different semiosis across metafunctions and strata.